Being boring is a good thing in software design.

There is no benefit to being impressive with a design, or to demonstrate one’s knowledge in code. Doing that is likely to cause problems and reduce the quality of the software.

One aspect of the programming profession is that there is both an urge and plenty of opportunity to try to show off. We are continually learning and improving, as we should be, and this can lead us to actively seek out opportunities to use the interesting knowledge we have acquired, instead of putting it to use when a concrete need for it arises.

Alex Papadimoulis writes about this convincingly:

““Tedious” and “boring” are two words that don’t sit well with developers. We’re an analytical bunch and oftentimes come with a computer science degree. And we’re much more capable than tying a front-end and a back-end together using line after line of code. Perhaps we could even use our skills and capabilities to make our job easier.

And therein lies the rub. As Michael A. Jackson said in his 1975 Principles of Program Design, “Programmers… often take refuge in an understandable, but disastrous, inclination towards complexity and ingenuity in their work. Forbidden to design anything larger than a program, they respond by making that program intricate enough to challenge their professional skill.”

This thirty-five year-old observation is confirmed day-in and day-out here on TDWTF. Some of the most egregious code and stories written here stem from the developer’s desire for cleverness. Carrying out these desires is neither malicious nor devious, but merely instinctual.”

Here are a few thoughts on the topic in no particular order.

This issue frequently occurs when means are confused with ends. A common example is the use of design patterns in OOP programming. It’s not unusual to see design patterns become the goal in an area of code, instead of being used as a necessary approach to actual problems.

Here’s a take on this from Matthew P Jones:

“What patterns don’t help with is the initial design of a system. In this phase, the only thing you should be worried about is how to faithfully and correctly implement the business rules and procedures. Following that, you can create a “correct” architecture, for whatever correct means to you, your business, your clients, and your code standards.”

To be clear, I am not saying that design patterns are inherently bad or never useful. The point here is that based on my experience so far, they are more commonly implemented as an end unto themselves, and that is detrimental to the production of good software 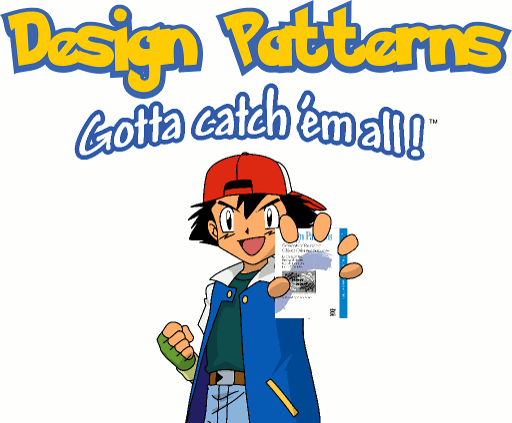 I much prefer to work on code that focuses on keeping things simple, modular and direct than code that tries to shoe-horn in a lot of patterns. Small classes, short methods and limited indentation will probably do more good than going straight for a SimpleBeanFactoryAwareAspectInstanceFactory.

A quote from Jeff Atwood:

“Design patterns are a form of complexity. As with all complexity, I’d rather see developers focus on simpler solutions before going straight to a complex recipe of design patterns.”

It also bothers me when established design patterns seem to be the only ordained way to organise code. Again, that view leads to over-complication. Quite often, there is a small, relatively simple way to address a situation that uses one or two more classes or interfaces. It doesn’t matter if there’s a name for this arrangement or not. It’s about having specific solutions to specific problems, and not creating abstraction for the sake of it.

It’s easy to overlook how far the OO in OOP can take you without thinking explicitly about official design patterns. Use objects for things, encapsulate and keep it simple.

Two more quotes from Jeff Atwood, one about keeping it simple:

“Don’t use fancy OOP features just because you can. Use fancy OOP features because they have specific, demonstrable benefit to the problem you’re trying to solve. You laugh, but like Rico, I see this all the time. Most programmers never met an object they didn’t like. I think it should be the other way around: these techniques are guilty until proven innocent in the court of KISS.”

… and another about design patterns:

“Do you really want a junior developer using patterns everywhere? It’s about as safe as encouraging them to “experiment” with a gas-powered chainsaw. The best way to learn to write simple code is to write simple code! Patterns, like all forms of compexity, should be avoided until they are absolutely necessary. That’s the first thing beginners need to learn. Not the last thing.”

There’s even a whole site dedicated to “Boring Technology”.

There’s an interesting study about how using longer words does not make you appear more intelligent; in fact, it makes people see you as less intelligent. That may have some relevance in the world of complex software design.

Attempts to predict the future are another source of needlessly interesting software design. Trying to do this is a well-known bad practice, and there’s an acronym to counter it: YAGNI. The choice quote on that is probably:

“…unless your universe is very different from mine, you can’t ‘save’ time by doing the work now, unless it will take more time to do it later than it will to do now.”

That doesn’t quite touch upon how this idea tends to introduce pointless complexity. In trying to predict how things will change in the future, it’s common to design with extra abstraction in the areas we believe may change. It’s as if we’re thinking “if I can just abstract this enough, then any change will be easy.”

You can’t predict the future. Trying to guess how requirements will change and pre-implement solutions now almost never improves things. It is nearly always better to implement changes once there is a specific need to do so. At that point, you’ve got the concrete information available to make good decisions. Unambiguous reality leads to better solutions than under-informed guesswork.

This post was first inspired by one that Dan McKinley wrote, so it wouldn’t be complete without a quote from him there:

It is far from unusual to choose technology because it is new, cool and being written about by random people on blogs. Everyone worries about being left behind, rather than jumping on a ship that might not be headed anywhere particularly good.

As far as I can tell, selecting by hype is rarely a disastrous decision (although it might be), but tends to introduce a whole set of problems and extra work that would have been avoided with a boring choice.

There’s not a shortage of people writing about how hiring practices are broken in the software industry, so I won’t go into a lot of detail about it here other than to point out that certain hiring practices can contribute to this problem.

Candidates applying for software development positions are often encouraged to be impressive during the hiring process. This makes sense, as an employer wants to see the candidate’s skills in action. However, the result can be a focus on spurious design patterns, over-complicaton and hype-selected technologies. This is certainly not universal, but neither is it uncommon.